Workshops
Workshops are a chance to take 2-3 hours to delve deeper into the subject of yoga. The expanded time allows for discussion, exploration, creativity, and new insights. Instead of simply a physical workout, workshops are a chance, as Prashant Iyengar says, to "work-in." Join IYDC faculty in these special weekend opportunities.﻿ 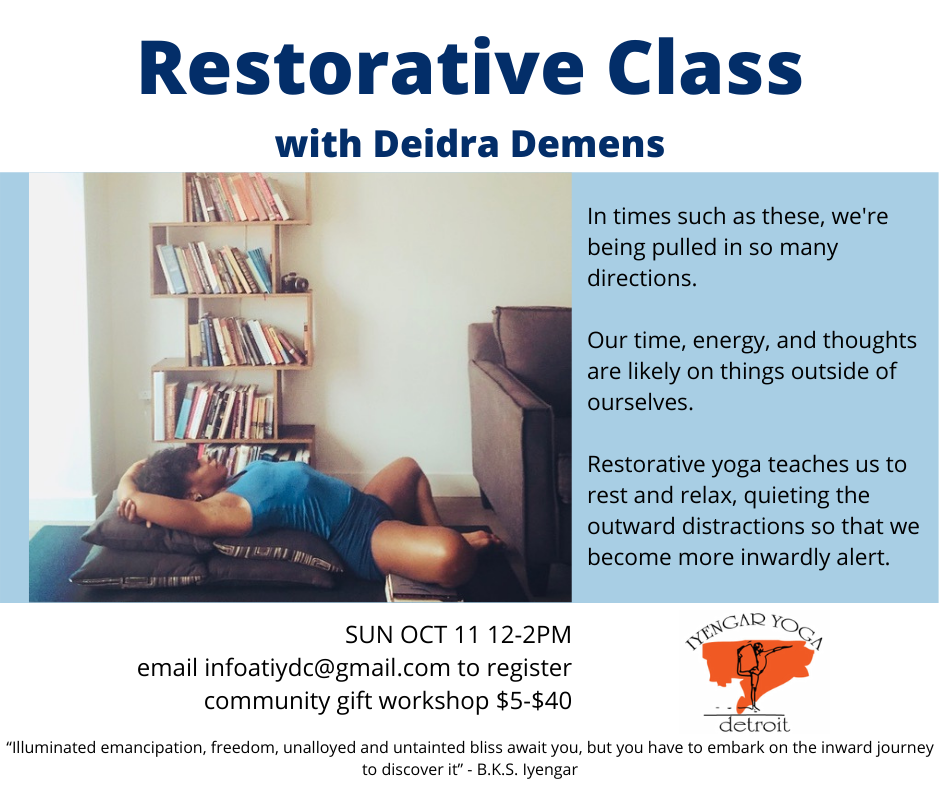 Detroit native Deidra Demens was introduced to Yoga in 2004, while studying at The Theatre School at DePaul University in Chicago Illinois. Upon graduating, Deidra moved to New York to follow her dream of becoming a theatre artist. Between shows Deidra continued studying Yoga and began teaching in 2011. After taking her first Iyengar class, Deidra was amazed at how much she learned in just one class. Deidra enrolled in the Teacher Training at the Iyengar Yoga Institute of New York and became a certified Level I teacher in November 2017. Deidra completed Level II certification in 2019.
RSVP